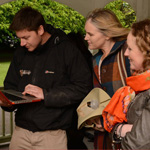 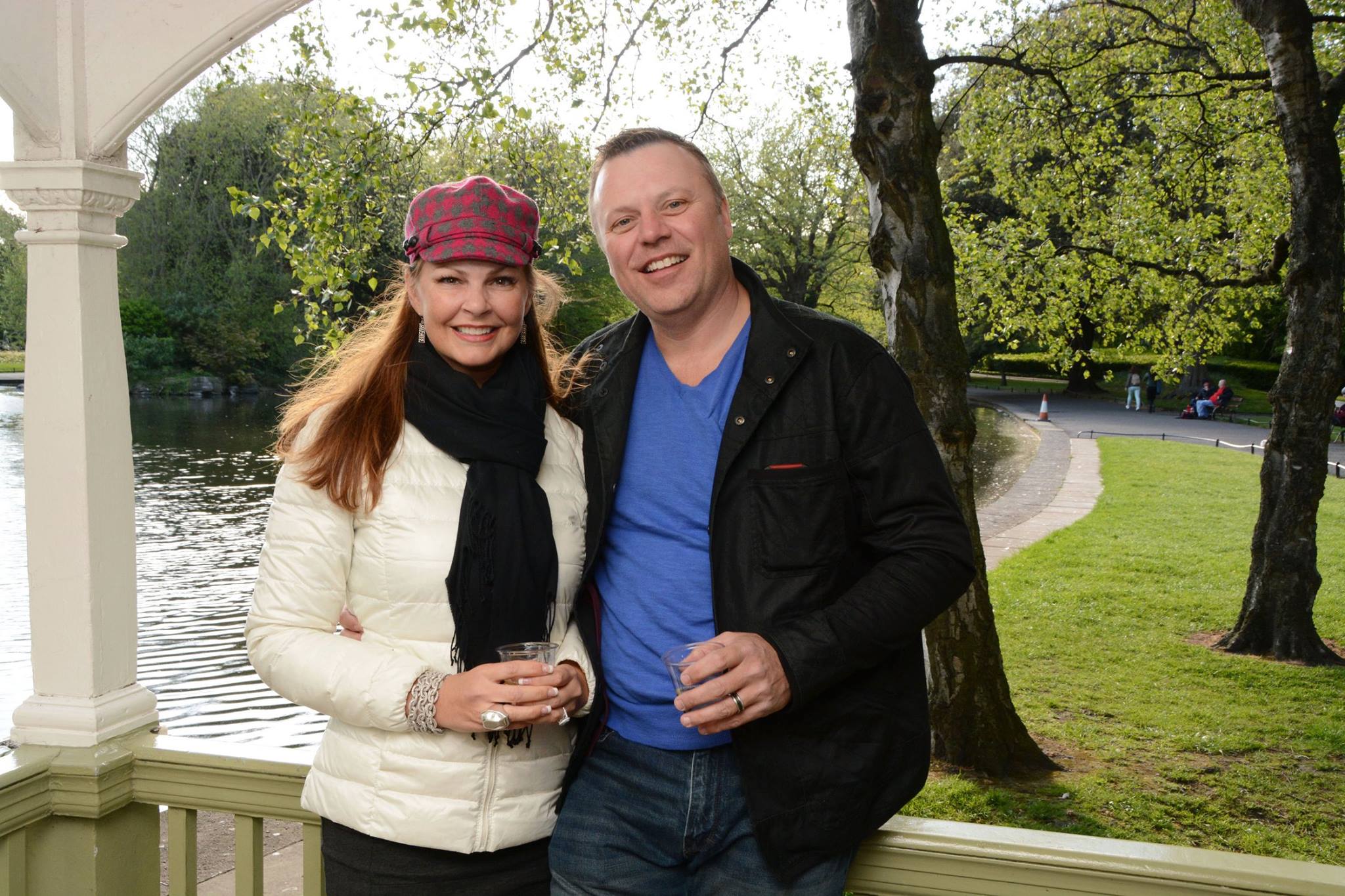 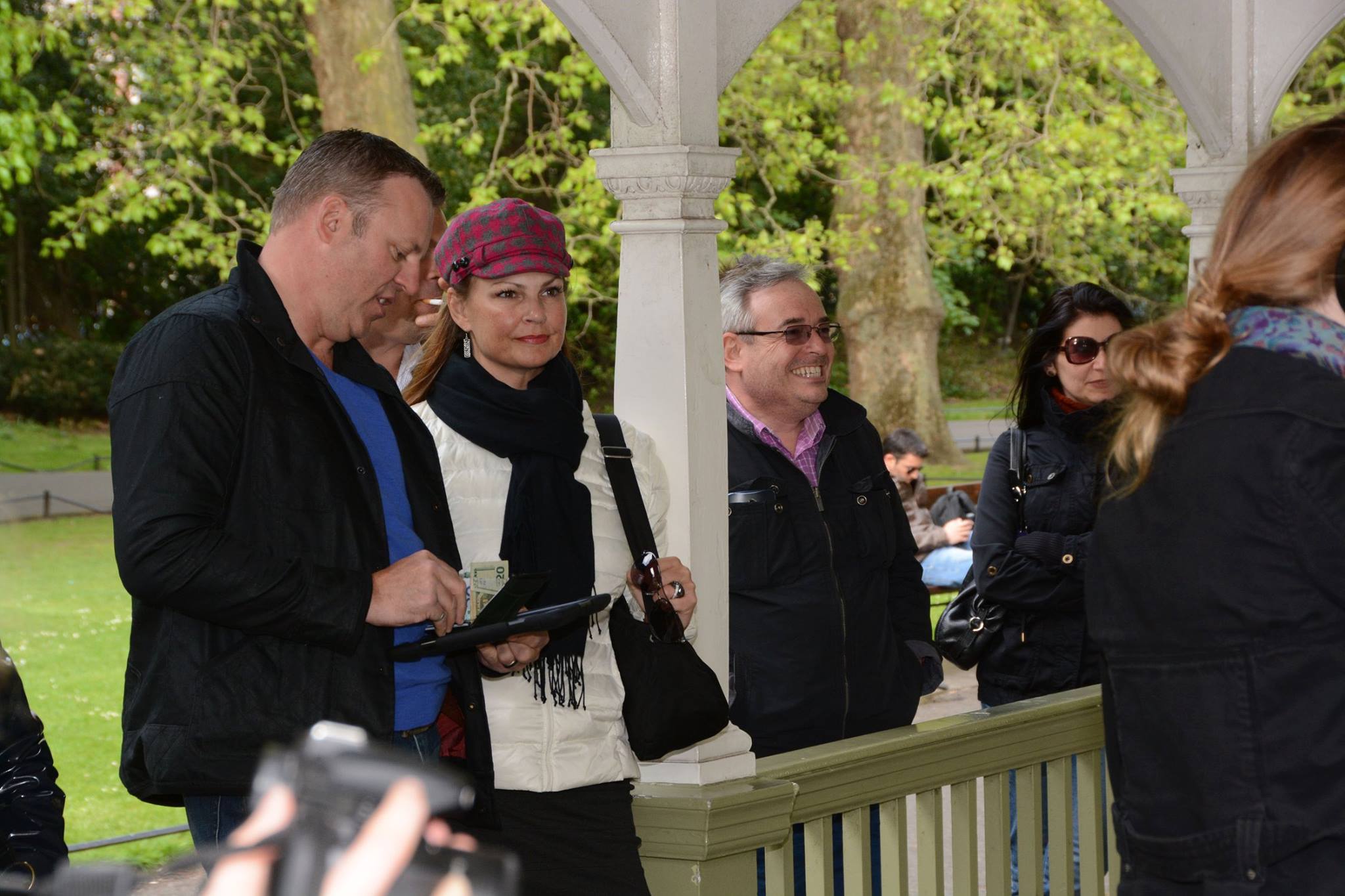 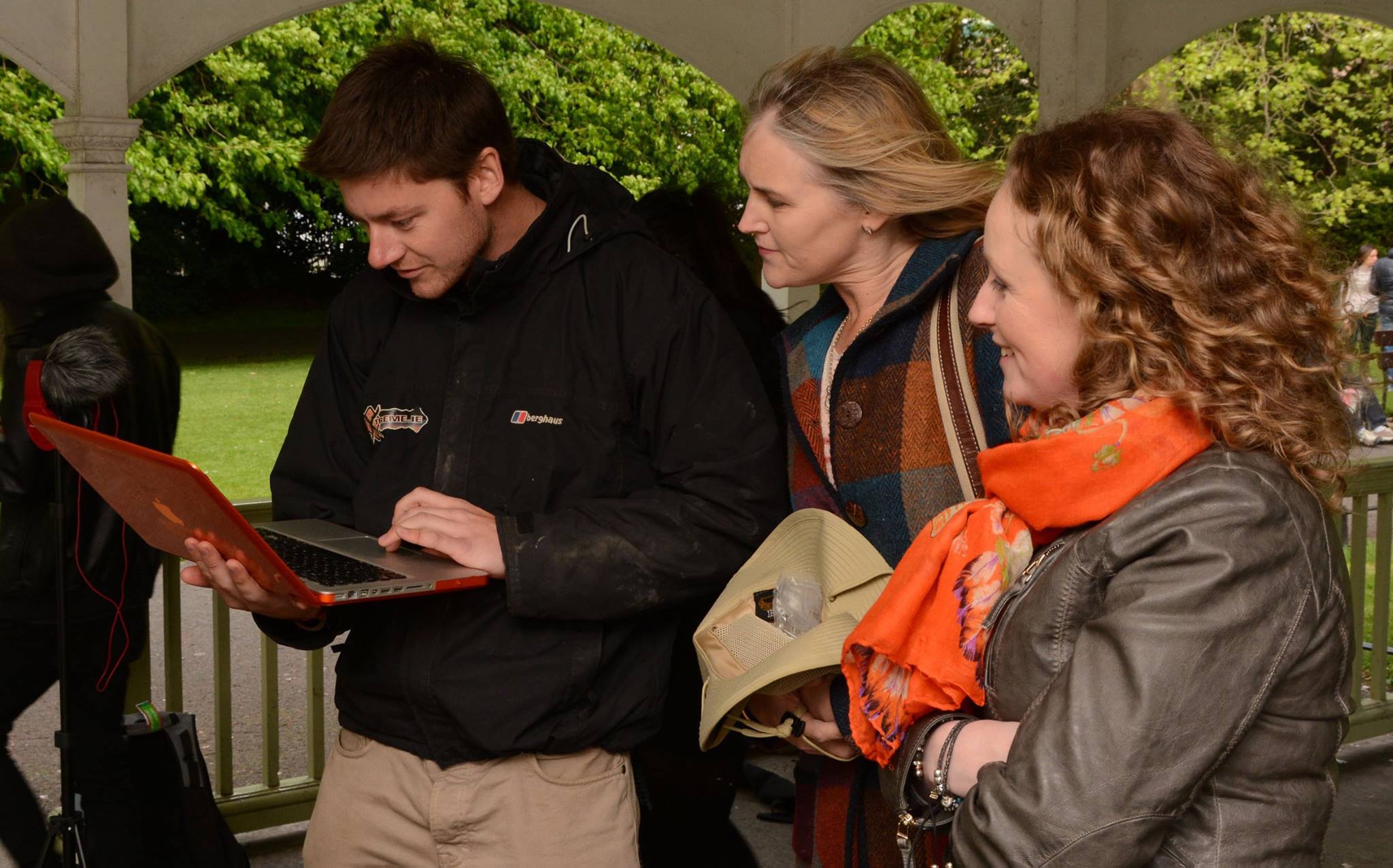 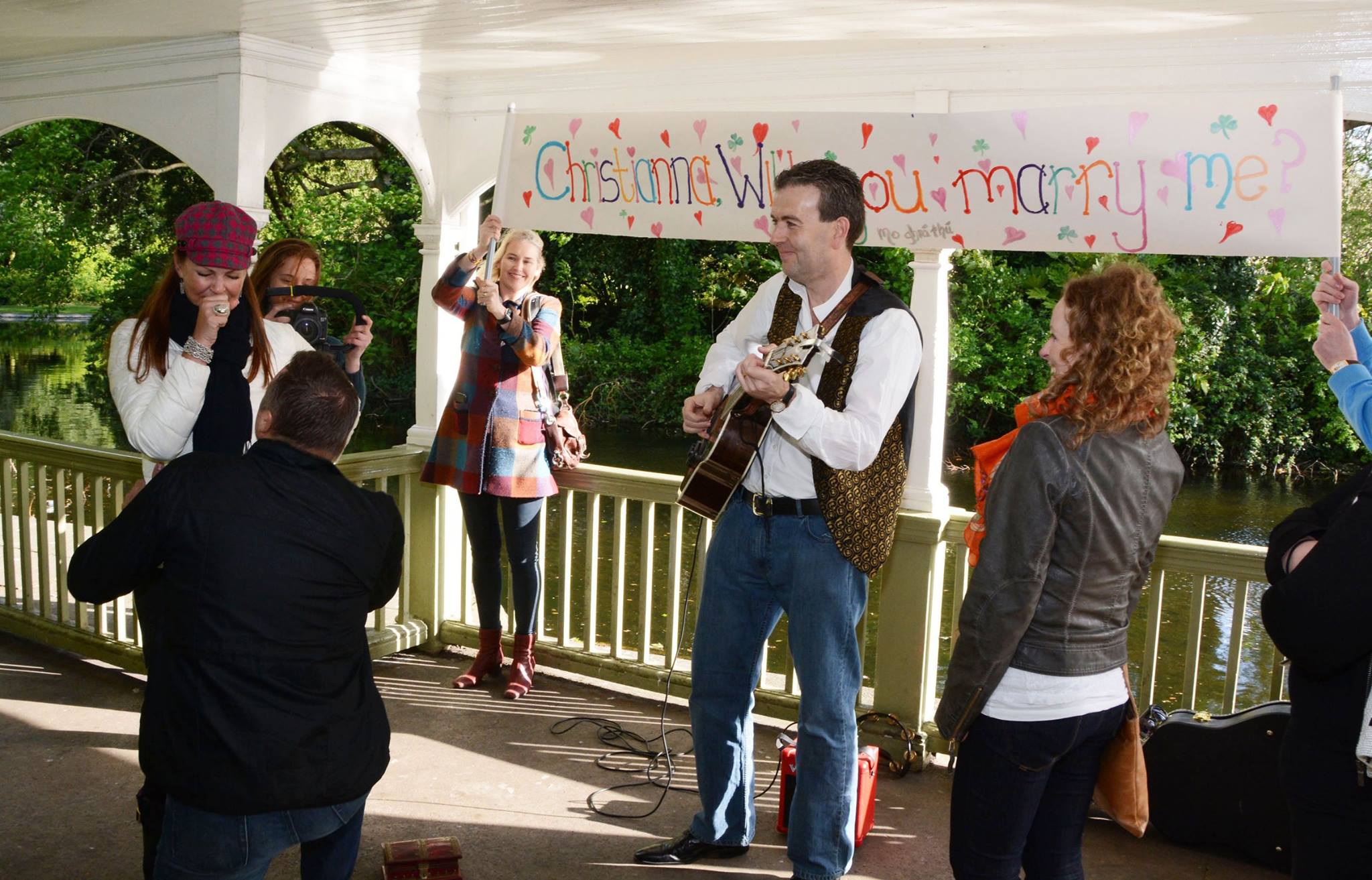 Love-struck David approached Teambuilding.ie looking for a unique way to lead into a proposal to his girlfriend Christiana which would build the suspense as they weaved their way around the Dublins popular attractions.

David and Christiana and witnesses were supplied with an Ipad loaded with clues and mini-missions at popular locations such as Christchurch Cathedral and Temple Bar in Dublin City Centre. The final gps-enabled challenge popped up as the couple approached the St Stephen’s Green Band Stand where undercover musicians played and sang. Christiana was prompted to ask the performers for her clue – a treasure chest. Inside the treasure chest she found her engagement ring. David dropped to one knee and asked for her hand in marriage. A minute later the couple were toasting their engagement overlooking the water as the music serenaded them into the evening. GoTeam is proud to be part of this special occasion for this happy couple!